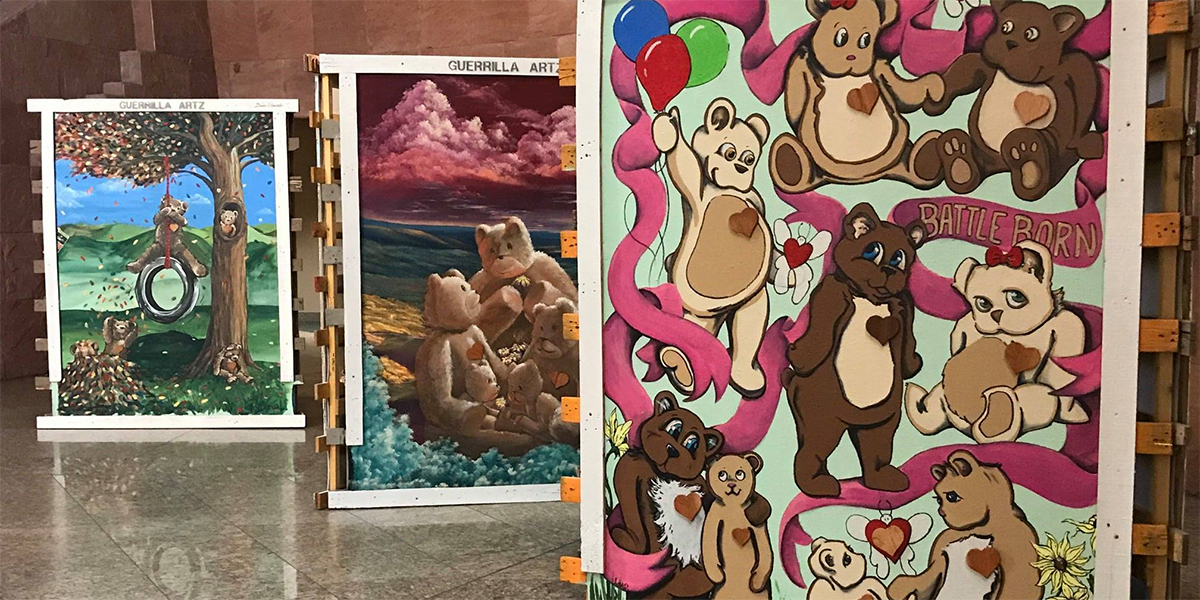 Anyone visiting the Government Center or any other County facility is required to wear a face covering and to practice social distancing in compliance with directives to limit community spread of COVID-19.

The exhibit will feature three glass cases containing selected objects from the Clark County Museum’s October 1st Collection including signs, candles, stuffed animals, and other items left at the Welcome to Las Vegas sign in the aftermath of the 1 October attack. Clark County Museum volunteers spent 18 months cataloging 22,000 artifacts left at the local landmark and other locations. Every artifact has been photographed and is online and available for viewing on the museum’s website pages at www.ClarkCountyNV.gov. The museum also is collecting stories behind memorial items to be included in its efforts to tell the story of how our community responded to 1 October. A form is posted on the museum’s website at https://tinyurl.com/yybjtes2 for anyone interested in sharing their story about what they left at one of the memorial sites.

This year’s 1 October exhibit will also include The Art of Healing Mural created by local artists to commemorate the first anniversary of 1 October in 2018. The nine-panel mural features teddy bear images representing the 58 lives lost in the initial hours after the attack. The public was allowed to sign condolence messages on the mural the first year it was on display. Additionally, the Angels of Love exhibit remains in the Government Center Rotunda. The display contains glass angels in remembrance of the 58 lives lost in the attack and the hundreds of people wounded. The exhibit was given to Clark County by the Angels of Love organization of Orange County, CA, for the first anniversary. The display also features patches and memorabilia to honor organizations and law enforcement agencies that responded to the incident including Las Vegas police, the Clark County Fire Department, UMC hospital, and off-duty personnel from different agencies outside of Las Vegas who were attending the concert and tried to assist victims.