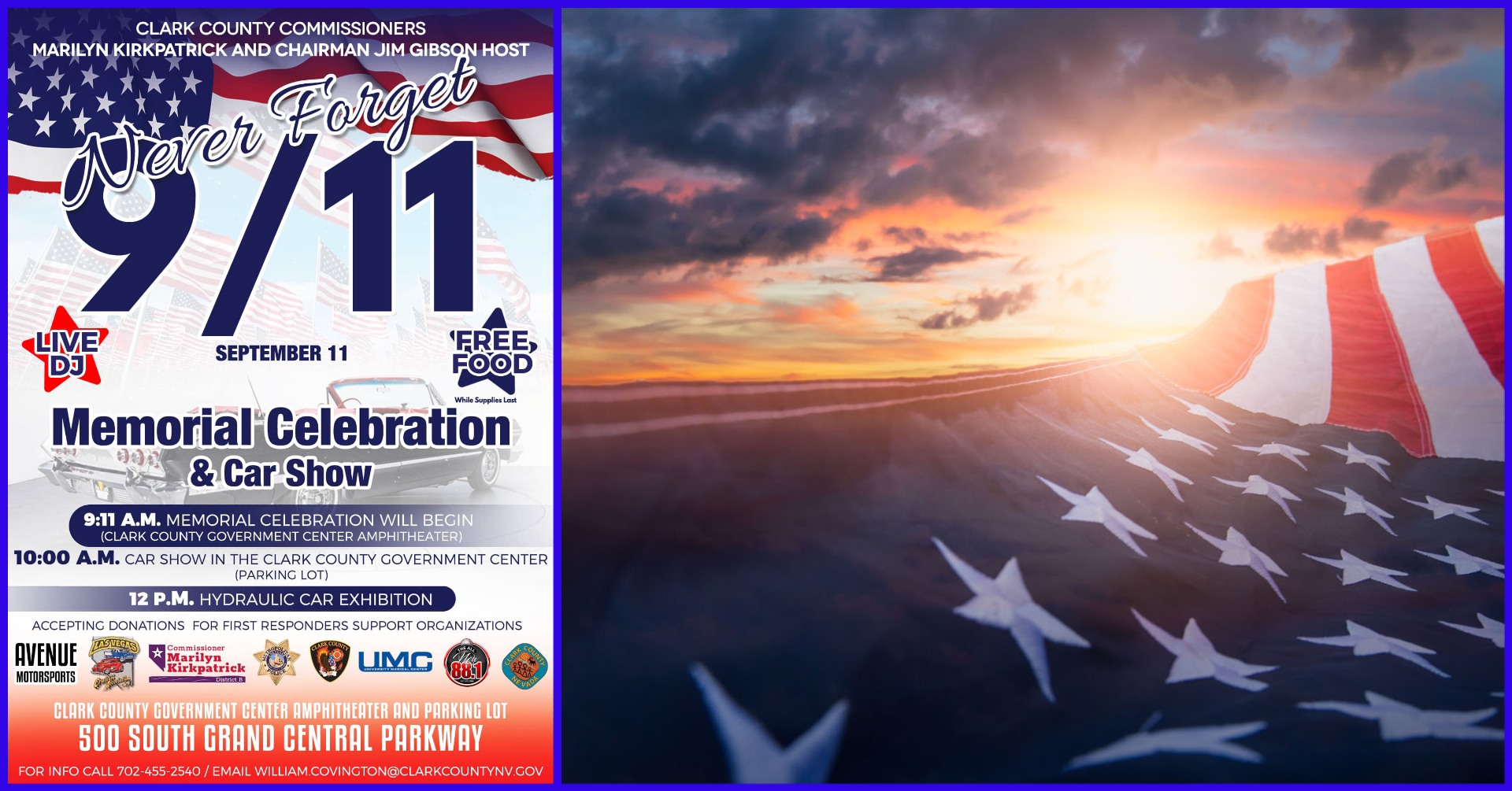 The event will feature the Las Vegas Multijurisdictional Honor Guard, remarks from Frank Pizarro (a firefighter who survived the attack in New York City), remarks from Commissioner Marilyn Kirkpatrick and Commissioner Jim Gibson, the ringing of the bell ceremony to honor firefighters who gave their lives in the terrorist attacks, a musical performance by Nellis Air Force Base active-duty service members, prayer, and more.

Clark County Fire Department Chief John Steinbeck, who deployed to New York’s Ground Zero with a FEMA team after the attack, will serve as master of ceremonies. Pizarro, a 21-year New York City firefighter, will display a restored 1991 Pierce Pumper fire engine used to carry caskets of fallen firefighters across the West Coast at the ceremony. The firefighter memorial transport is dedicated to the memory of Raymond Pfeifer, who died from a 9/11-related illness and who went to Washington, D.C., with television host Jon Stewart to fight for a 9/11 victims compensation fund.

The memorial service event will be carried on Clark County’s Facebook page.