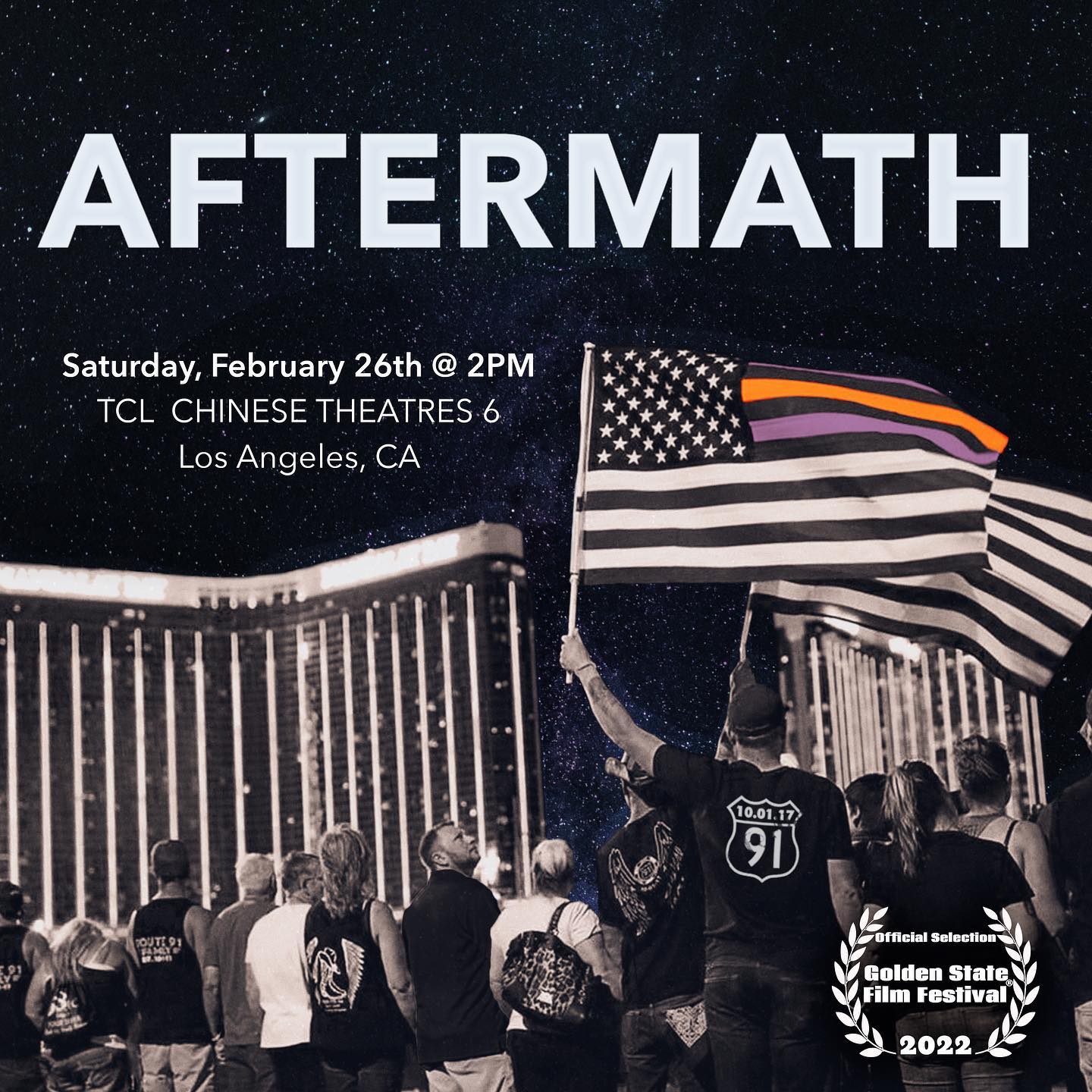 Premiere of Aftermath at the Golden State Film Festival

The producers of the Route 91 documentary Aftermath are proud to announce its world premiere at the Golden State Film Festival. Their team has worked tirelessly to bring this film to the big screen and they are eager to share this moment with those affected by Route 91.